Every museum has small treasures, in the case of Consuegra, we have one of the best-preserved medieval footwear collections and perhaps the most important object of the entire museum, a ritual incense burner (Thymiaterion) of Carpathian origin, used for some religious ceremony with decoration about astral bodies.

With pieces dating from the Neolithic to the nineteenth century, the archaeological museum has undergone a major renovation both in its form and its content. A new museographic proposal organized according to subject such as religion, society, war, daily life, etc., makes it an attractive and entertaining interpretative centre for all audiences.

Understanding the history through the artefacts left behind by past generations is an excellent exercise to understand our present, which awakens a fascination with other cultures and civilizations that have contributed to the advancements of our society that we take for granted today.

The museum breaks with the traditional chronological organization, offering in it showcases, a more focused vision on universal topics such as trade, beliefs, the organization of societies, hierarchization or war.

We have board games and other objects of day to day life such as cards from 16th century. A collection of carefully made war artefacts like weapons, helmets and slings. The Royal Seals, Carpathians funerary vessels, amphoras, sigillatas, lucerns and other numerous and varied roman artefacts are some of the many relevant artefacts the museum exhibits. 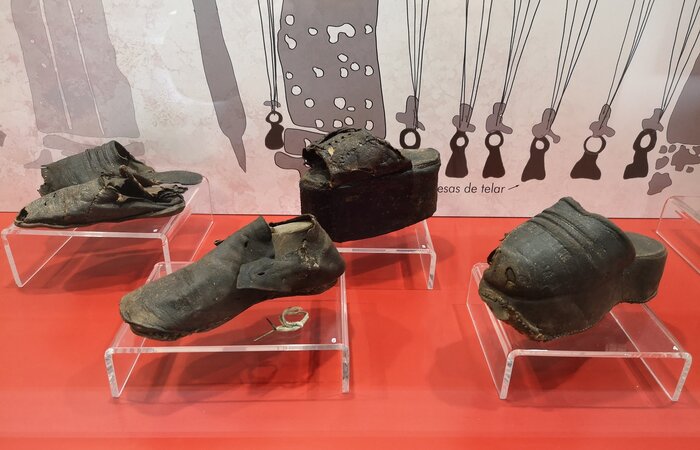 The whole exhibition is attractively presented with a great variety of graphics, maps, images, infographics and other resources related to the history and artefacts. Despite its modest size, the visitors will experience a rich source of history, through well researched resources, exhibits, and materials, giving the visitors to discover a very interesting history of the place.

The museum is in the city centre making it an essential monument, in addition to being in a historical building that has been used for various purposes. The “Corredores” building, from the 17th century, it is an excellent photography spot and a magnificent example of traditional La Mancha architecture with its characteristic wooden balcony.